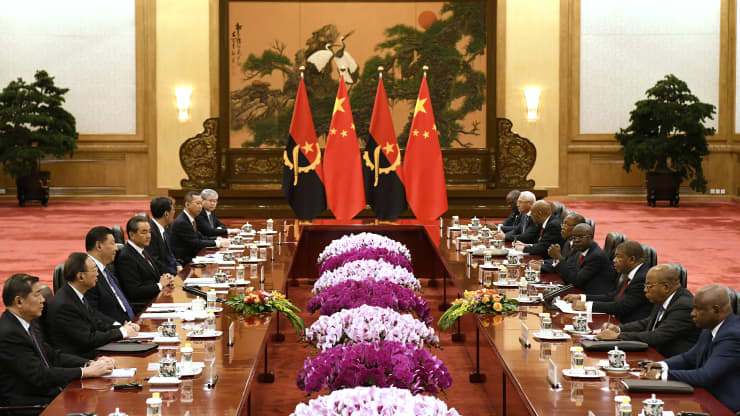 CNBC | After Zambia became the first coronavirus-era debt default on the African continent, analysts are questioning whether nations heavily dependent on Chinese loan financing would be susceptible to debt distress.

The Covid-19 pandemic has posed difficulties for a host of sub-Saharan African countries that have borrowed substantially from China in recent years to fund major infrastructure projects, compounding pressures from a slowdown in the continent’s economic growth and falling commodity prices.

Zambia became the first country on the continent to formally default on its debt in November 2020, opting out of a $42.5 million eurobond repayment.

What we learned from Zambia

“The popularity of Chinese creditors has created a more diverse creditor base than the historical primarily Paris Club bilateral lenders, which complicates the resolution of repayment conflicts,” Verisk Maplecroft Research Associate Aleix Montana said in a recent report.

Montana said the Zambia case indicates that beyond just the size of debt, the composition of creditors also plays a role in determining debt risk. Transparency concerns mean Western bondholders are more likely to reject potential debt relief packages in countries borrowing from China, due to fears that debt relief will be used to repay Chinese loans.

Resource-backed loans are often attractive to nations with rich natural resources, a need to finance infrastructure projects and limited access to capital markets. In some of China’s financing arrangements, commodities are used as a means of repayment or collateral, Montana highlighted. Loans are often predicated on future production of resources like cocoa, tobacco, oil or copper.