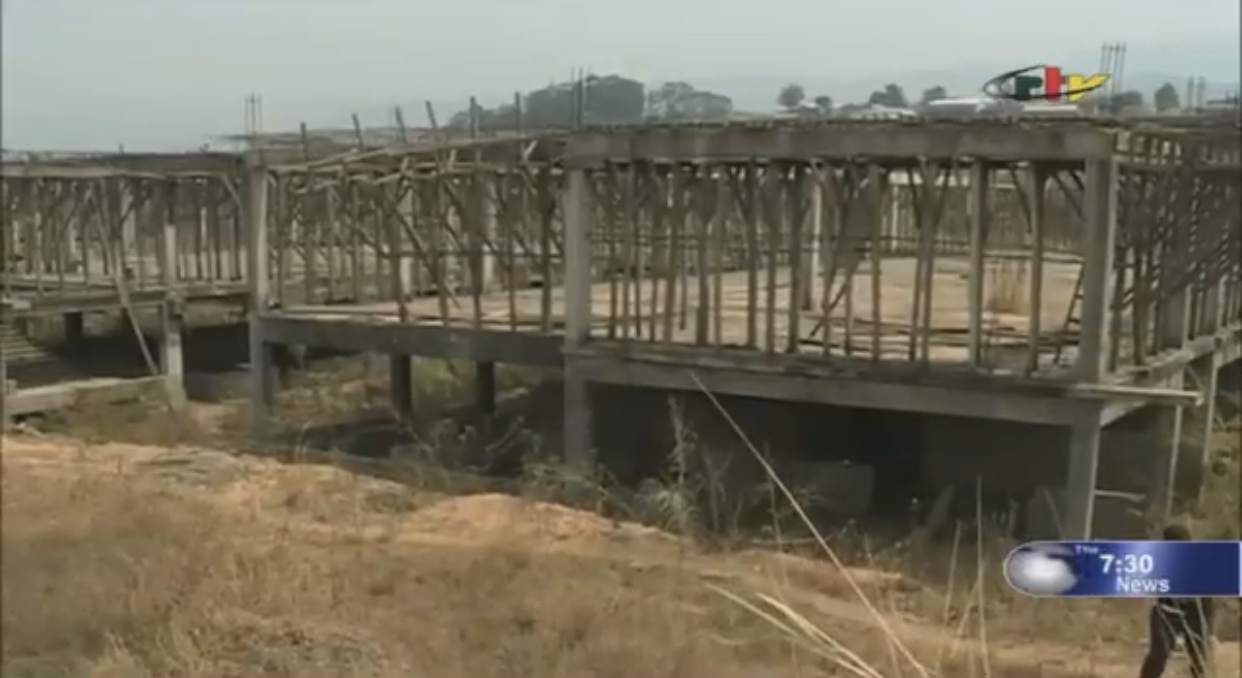 A parliamentary commission of inquiry has expressed their dismay at the fact that works on the site to host the Bamenda Reference Hospital has been abandoned since 2018.

This knowledge was made known after a five man commission headed by Honourable Emmanuel Banmi visited the project site in Nkwen, Bamenda 3 subdivision to evaluate the level of works.

All they could see at the site was abandoned construction equipment, erected walls chocked by grass with no contracted workers on site.

The subcontracting officer of the project, Michael Mubang said the works were completely abandoned in November 2018 by the contracting agency.

He asked reasons for the abandonment and the company officials told him they are taking a couple of months off from the project due to the security crisis in the region.

As per Michael Mubang, a couple of months passed and since then he has not had any communication with the contracting company.

The head of the inquiry commission, Hon. Emmanuel Banmi said of the fourteen structures to be constructed by the company only seven have been raised to roofing levels.
The others are still at foundation level.

He says the site has been abandoned for reasons not clear to them and they must press forward to ensure works resume.

According to government’s announcement, the university referral teaching hospital is supposed to be worth 15 Billion CFAF.

The foundation stone of the hospital was laid on Wednesday May 3, 2017 by the former Minister of Public Health, Andre Mama Fouda.

According to Minister Mama Fouda, the operation to construct a referral hospital is government’s way of limiting movements of inhabitants of the North West who are forced to go to other regions in the country or abroad in search of health care.

The hospital if completed will also be a training ground for the university of Bamenda medical students.

Since 2017 when the foundation stone was laid, the works were contracted for an eighteen months deadline, almost four years later, all that can be shown for are skeletal structures of what was a big ambition.