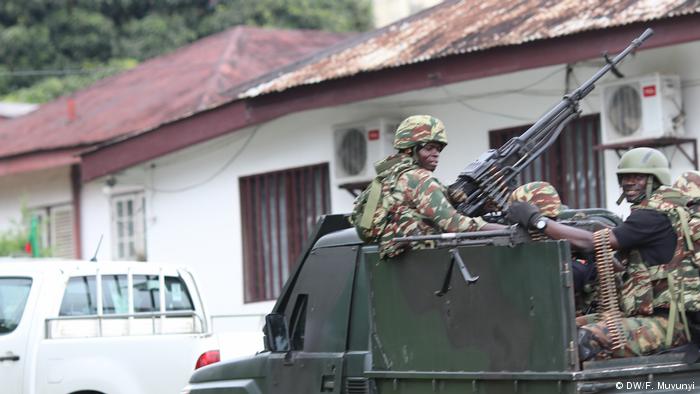 defenceWeb | Cameroon has detained eight soldiers after a video emerged over the weekend showing them in uniform torturing a victim with a machete until he fell unconscious, the Central African nation’s defence ministry said on Monday.

The incident, which occurred on 11 February in the North West Region, one of the country’s English-speaking regions where separatist insurgents have been battling government forces since 2017, is the latest in a series of atrocities and suspected rights abuse in the drawn-out conflict.

What began as peaceful protests over marginalisation in Cameroon’s two English-speaking regions by the majority French-speaking government in 2016 has degenerated into a violent insurgency pitting separatist groups against Cameroon’s army.

Over 3 000 people have been killed in the conflict and nearly a million have been displaced, with both sides regularly accused of committing atrocities.

The ministry said the man in the video was suspected of helping separatist fighters. Reuters has not verified the video.

The video widely shared and decried on social media shows a shirtless man lying on the floor. A soldier steps on his back to keep him steady, then flogs him with the flat side of a machete, while another soldier wets the man’s buttocks.

Another video sequence shows a soldier standing on the victim’s ankles as he lies on the ground. The soldier then uses the flat end of the machete to beat the soles of the victim’s feet as he screams, while another soldier slaps him.

The video later shows the unresponsive man lying face down, head in a gutter. A soldier prods him with the muzzle of his rifle, while another soldier says off camera that they should hold off because they do not know if the victim is a separatist fighter.

“The concerned (soldiers) have been detained on the instructions of the defence minister,” the statement said.