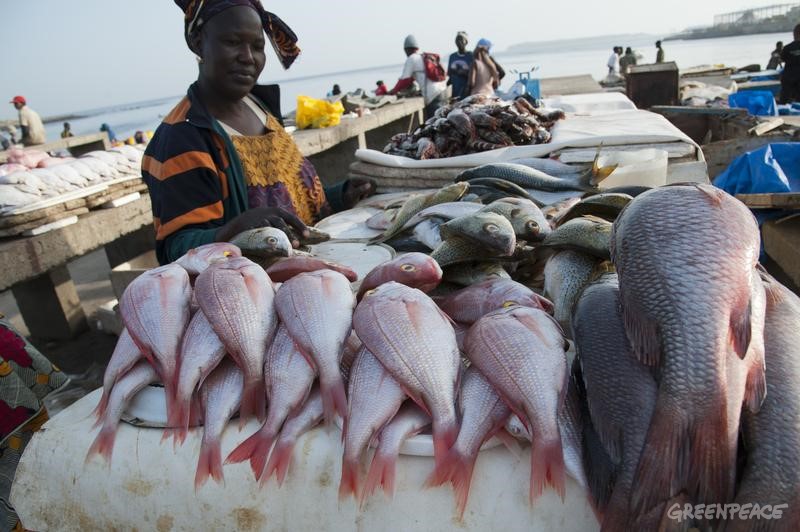 Seafood Source | Cameroon could lose its access to the lucrative European Union seafood market due to the government’s failure to tackle illegal, unreported, and unregulated (IUU) fishing.

The European Commission has put Cameroon on notice by issuing the country a “yellow card,” which is a formal warning that could lead to a total ban on seafood exports from the country to the E.U.

Cameroon, the commission said, has so far failed to abide by agreed standards “under international law of the sea as flag, port, and market state.”

The commission identified a lack of a robust registration policy for fishing vessels to operate under its flag, and insufficient attempts to ensure efficient and adequate control over fishing activities carried out by vessels flying the country’s flag, key constraints in Cameroon’s involvement in the fight against IUU.

According to the Environmental Justice Foundation (EJF), Cameroon is notorious in offering a “flag of convenience” to fishing vessels operating illegally with minimal monitoring and enforcement hence facilitating illicit marine seafood harvest “by making it hard to identify and take action against boat owners.”

“We very much welcome the European Commission’s decision to warn and initiate a formal dialogue with Cameroon,” EJF Executive Director Steve Trent said.

He commended the European Commission’s use of the carding system, which he said is a “powerful tool against flags of convenience and has helped several countries such as Togo, reform dramatically.”

The preference of Cameroon as the source of the flag of convenience has been linked to laxity in government, with EJF’s previous findings showing at least a third of vessels, now sailing under the country’s flag, were adopted “only recently, in the last two to three years, despite having no obvious link with the country.”

The country’s fishing capacity is now nine times larger than it was before 2018, according to the EJF.

“Sustained commitment to progress is needed from all countries if we are to succeed in ending illegal fishing and once again the European Union is leading the world in this commitment,” Trent said.

Previously, FAO had observed emergence of a small industrial fleet “consisting primarily of shrimp trawlers, which are however often operated in joint venture with distant fishing nations.”

Despite nearly 50 trawlers greater than 24 meters having been reported way back in 2009, FAO says there are no reliable recent figures reported.