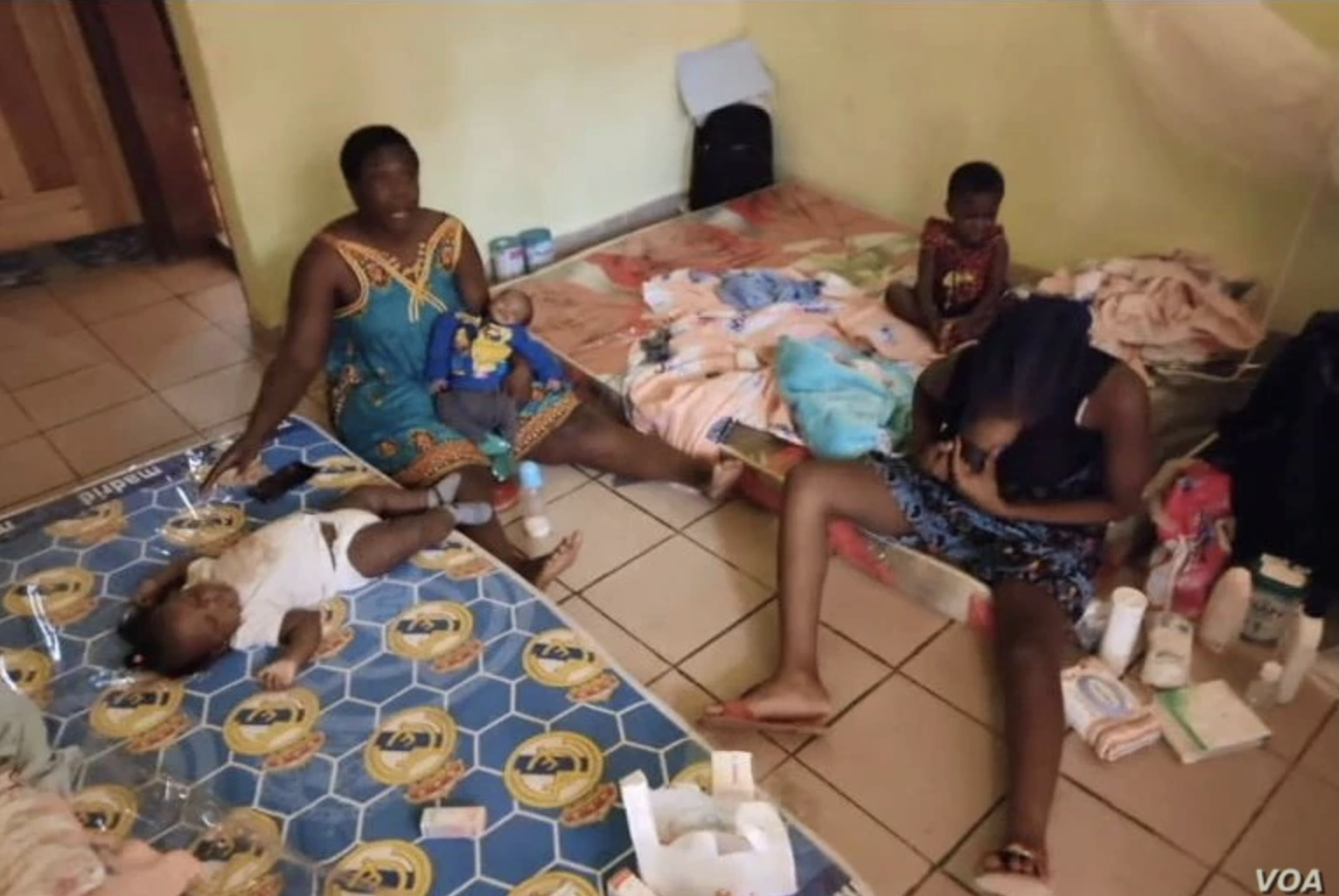 YAOUNDE VOA | Cameroon police said Saturday they have opened investigations into a network of traffickers who allegedly buy babies from the central African state to sell in the Democratic Republic of Congo. Some members of the network, believed to have illegally sold scores of children, were arrested Saturday in Cameroon’s capital, Yaoundé, with babies they had bought and a mother who said she wanted to sell her unborn child because she is poor. The mother was also arrested.

Baudouin Gweha, senior official of the Gendarmerie post at Mimboman, a Yaoundé neighborhood, says he arrested 41-year-old Pierre Essola for carrying out an activity that violates human dignity.

Essola tells Cameroon police that all negotiations with potential buyers and sellers of babies are by telephone.

He says he found a Congolese woman on social media who was offering to help teenage and single mothers to take care of their newborn babies. He says he immediately contacted the Congolese women through WhatsApp and told her that many young girls with unwanted pregnancies in Cameroon need help. He says he recorded and sent videos of poor teenage mothers to the woman in Congo. He says while in Cameroon, the woman disclosed to him that she had another partner who helps her to buy babies from the coastal Cameroonian city of Douala.

Essolla said his intention is to help poor mothers, especially teenagers who abandon their babies on the streets because there is no one to help take care of the babies.

Cameroonian police report that last year, several hundred children were abandoned on the streets by poor mothers. At least two dozen babies were either killed or found dead after their mothers abandoned them.

Gweha says Essolla is part of a network that sells Cameroonian babies in the DRC.

He says among those already arrested is an online trafficker who facilitates the buying and selling of newborn babies.

He says the Cameroonian police have also arrested two mothers who sold their babies, two women from the DRC who bought babies, and a babysitter the women paid to take care of the newborns in Yaoundé. He says the four babies recovered from the traffickers have been handed over to the Chantal Biya hospital in Yaoundé for medical follow-up and care.

Gweha said the buyers paid $2,000 for a 1-day-old baby who was still very fragile and $6,000 for children that were healthy and more than 3 months old.

Gweha said it was not the first time the women from the DRC bought Cameroonian children, but said that because of the investigation, he could not reveal the identities and towns of origin of the Congolese women.

Betty Nancy Fonyuy, manager of the Yaoundé-based Timely Performance Care Center, says poor mothers could seek services of organizations like hers that take care of vulnerable and poor children.

“Children that their parents cannot be able to take care, they bring them to the center, we take care of them, we feed them, we clothe them, we even send aid to their homes,” she said. “There are so many centers in Cameroon to help. Poverty in Cameroon is not all that bad to make people to sell their children out. And those that are selling children to other nations, this is very wrong.”

There are no statistics on the illegal buying and selling of children in Cameroon, but the central African state says childless couples within and out of its borders are increasingly buying or stealing babies and claiming ownership.

Cameroon says it is also working to dismantle networks of child traffickers among Cameroon, Gabon, Equatorial Guinea and Chad.

The 2020 trafficking in persons report by the U.S. State Department states that Cameroon also is a source, transit, and destination country for children subjected to forced labor and sex trafficking.