Cardinal Parolin tells Cameroon: For peace to be solid, it must be built on justice

Cardinal Parolin tells Cameroon: For peace to be solid, it must be built on justice 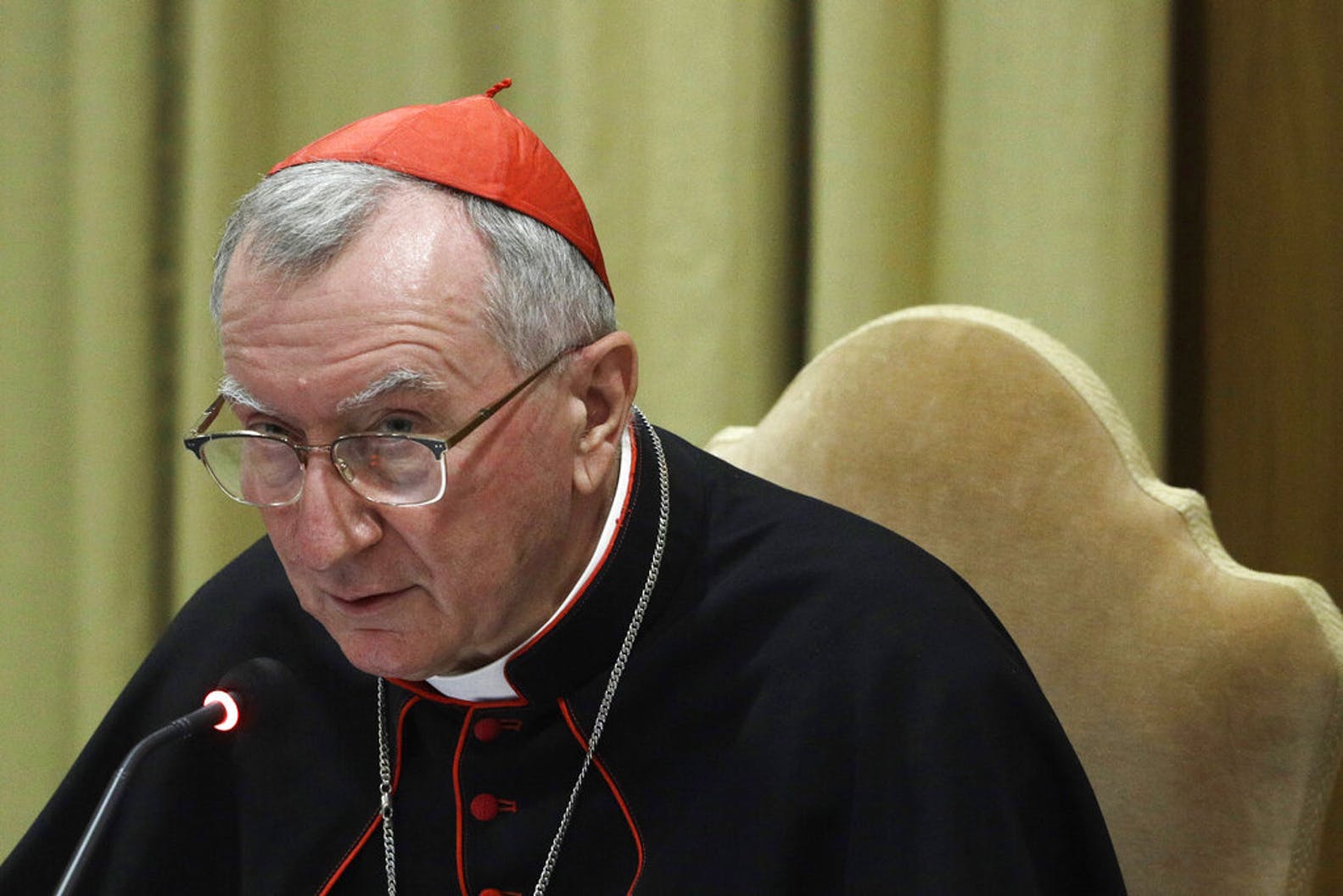 YAOUNDÉ, Cameroon | CRUX | Peace is the “fruit of love, which go beyond that which justice can bring,” according to Cardinal Pietro Parolin, who was speaking in Cameroon a day after visiting the country’s troubled Anglophone regions.

Parolin, the Vatican’s Secretary of State and chief aid to Pope Francis, came to the West African country to give the pallium – the liturgical vestment for metropolitan archbishops – to Archbishop Andrew Nkea Fuanya of Bamenda, whose ecclesiastical province covers the country’s English-speaking areas.

The North West and South West regions have been the scene of an insurgency since 2016, when a series of protests by teachers and lawyers against the encroachment of their institutions by the country’s French-speaking majority were violently put down by the government.

Parolin’s visit is unusual, since the Vatican ambassador to a country usually imposes the pallium on an archbishop. During his visit to the war-torn region, he called for peace and reconciliation.

On Monday, he addressed the Catholic University of Central Africa in Yaoundé, Cameroon’s capital, about the role of Vatican diplomacy in Africa.

“The Holy See deploys all its efforts around the world and particularly in Africa, to give value to the dignity of every person in all places and situations through declarations and daily initiatives,” Parolin said.

The first pillar of Vatican diplomacy is peace, the cardinal said, and “is developed essentially on three axes: The first is doctrinal, that is to say, moral education; the second deals with changing public opinion; and the third has to do with campaigns at decision-making spheres both within governments and international bodies.”

“The concord between peoples and nations that the Holy See promotes at all times aims to build a concrete life with a focus on the respect of fundamental human rights. The central points of these actions are the direct links between realism and justice, understood as the duty and responsibly to act in the interest of man,” he said.

Parolin said the pursuit of peace can’t go without justice.

“It’s not just about building peace. It should be solid and tenacious, and supported by the unconditional choices of justice. It should focus on the conditions of human life,” he said.

“A stable peace is one that is sustainable and rooted in the social fabric, makes no noise … It’s not divorced from justice, but is fed by sacrifices, by clemency, by mercy and by charity … Peace is never acquired once and for all; it is always being constructed,” the cardinal explained.

“A stable peace can only be achieved by protecting the goodness of human dignity; in respecting and promoting the free exchange of the fruits of human inventiveness, without conditioning life on a predefined system of trade and development. But peace is above all the fruits of love, which go beyond that which justice can bring,” he added.

The cardinal then addressed issues of trade and development, and the integral development of the human being.

“Integral development doesn’t only have to do with economic development; it also has to do with the respect of human rights and the care for our common home,” he said. “Progress should be accomplished for all parts of the population, not just for some.”

Father Jean Bertrand Salla, the rector of the Catholic University of Central Africa, said his institution has a vocation to fostering peace and justice in the sub-region and around the continent.

He said Parolin’s lecture was particularly important for Cameroon in light of the Anglophone crisis.

“There has been so much focus on peace, but like the Secretary of State pointed out, such peace must not be dissociated from justice,” he told Crux.

Henry Kemende, a legislator from the English-speaking North West Region told Crux he believes that justice for Cameroon’s English-speakers is only possible if they regain what they consider as their lost autonomy.

“These are people who once had a government, a judiciary system, and education system, ran their own economy … they were doing well. All that have been taken away from them. The only justice for Anglophones is if they regain their lost identity,” he said.