by CamerounActu
in Culture / Communication, Sport
0

The Director General of the Cameroon Radio Television CRTV Charles Ndongo and the President of the Cameroon Football Federation FECAFOOT, Samuel Eto’o Fils have signed a partnership agreement this Thursday December 22 in Yaoundé aimed at promoting activities of the sports federation through the broadcast of its major sporting activities.

Amongst the top games to be broadcast by the CRTV are elite one and two matches, the cup of Cameroon competition and other top games. 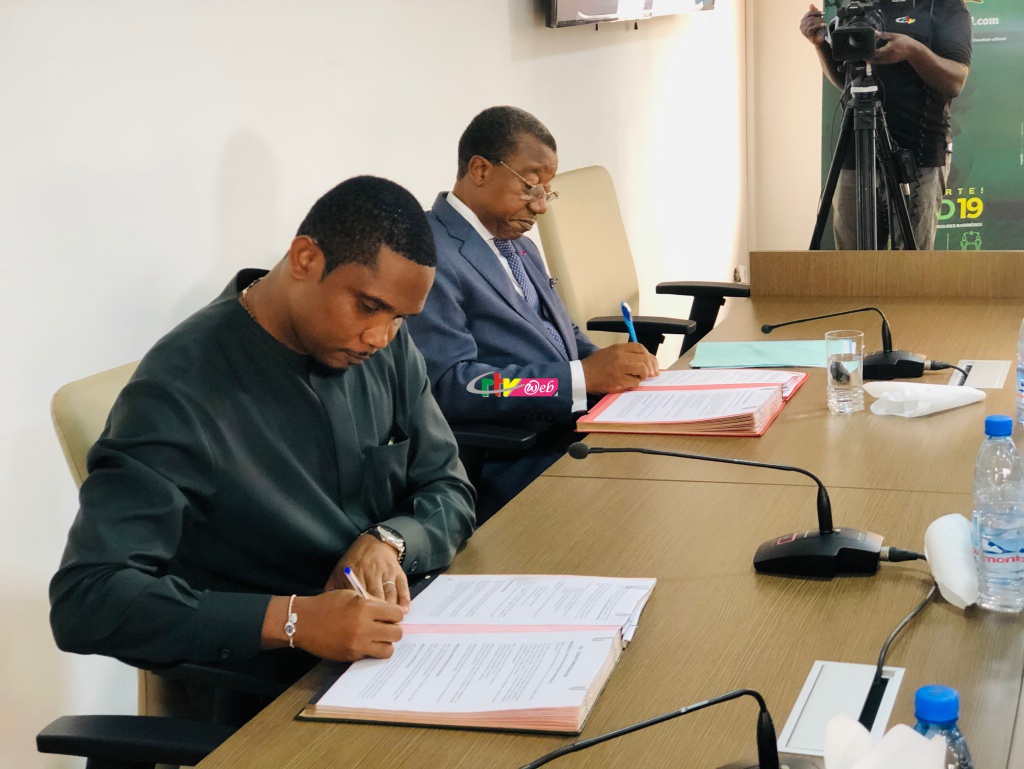 During the signing ceremony at the International Broadcast Centre at the CRTV National Station, Charles Ndongo congratulated Samuel Eto’o Fils for all he has accomplished since his election into office as Fecafoot president.

He congratulated the Fecafoot boss for their performance at the FIFA World Cup which the Indomitable lions ended in group stage with four points and winning against Brazil.

Charles Ndongo applauded the strides being made to professionalise Cameroonian football like the regular payment of salaries to players.

CRTV’s representative at the signing ceremony equally mentioned the many challenges of major stakes like the organization and broadcast of the 2022 African Nations Cup which CRTV was at the heart of this event and more making the corporation proud.

Charles Ndongo took the commitment to accompany the Cameroon Football Federation FECAFOOT in the broadcast of all their major sporting events.

The President of the Cameroon Football Federation FECAFOOT, Samuel Eto’o Fils on his part lauded the broadcast quality of the different outlets of the Cameroon Radio Television CRTV.

He has expressed readiness to work with the state media in order to broadcast sports events of his federation. Samuel Eto’o Fils signed the partnership agreement on behalf of FECAFOOT while Charles Ndongo signed for the Cameroon Radio Television.

At the end of the ceremony the two personalities exchanged gifts and a general photograph taken of staff of both corporations.