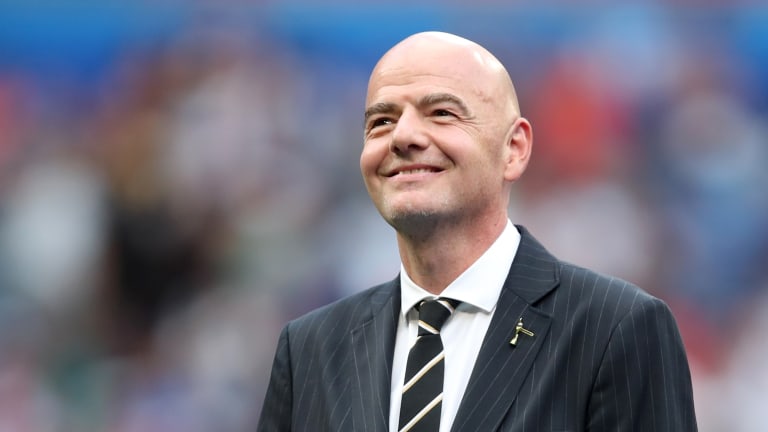 Infantino applauded measures put in place to curb the spread of Coronavirus in stadia following Cameroon’s directive to allow only 25% of fans in stadium.

“I am very happy to be in Cameroon to witness the kickoff of the CHAN the first international tournament of the year. First national team games, beautiful ceremony today in Yaounde in the stadium which was not full because of Covid restrictions, but still 25% of capacity was there. So it give it a nice ambience, atmosphere, it was very emotional to celebrate the ceremony, celebrating Africa and then a game, the national anthem, the people vibrating for it. It is important to show to the world that we can organise such games in Cameroon, in Africa, to give hope to all the countries all over the world,” Infantino said.

Thousands of fans gathered in the early hours of the morning at the Amadou Ahidj stadium to gain access and a ticket, with strict social distancing measures in place.

Host nation Cameroon kicked-off the competition nine months after it was originally scheduled, with a 1-0 win over Zimbabwe

The competition is scheduled from 6th January to February 7