After 36 years, Argentina has won her third World Cup trophy after beating 2018 champions, France in penalty shoots 4-2. The highly disputed final game at the iconic 80000 Lusail Stadium ended with three goals on both sides after 30 minutes of extra time before the penalty kicks. 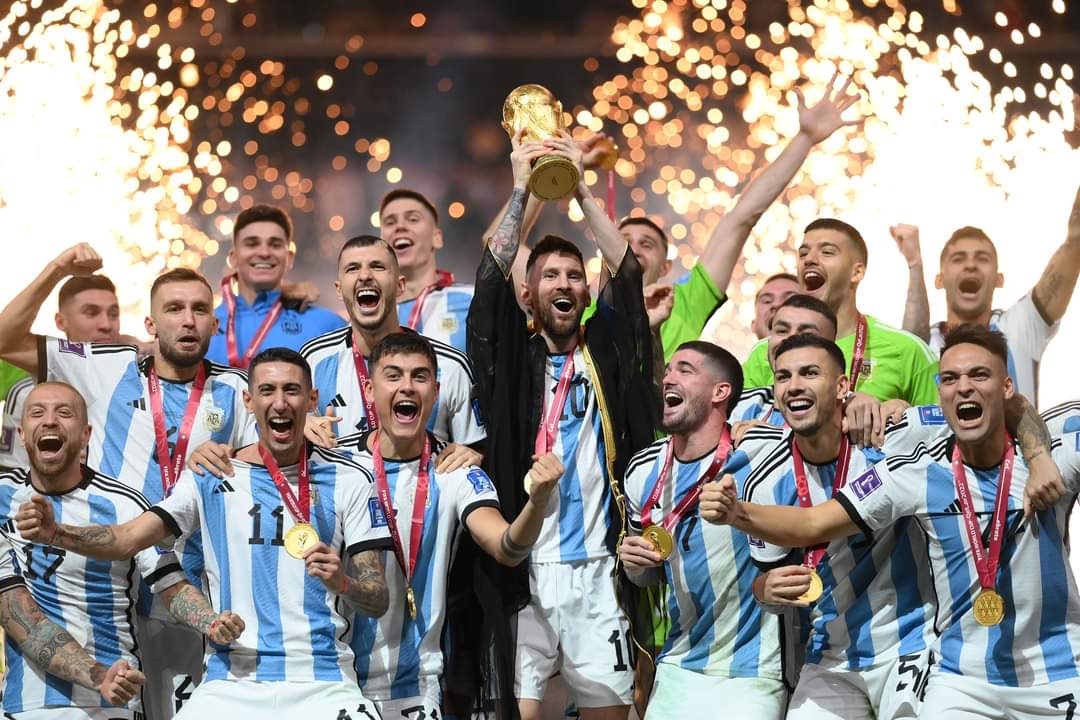 Agile striker Kylian Mbappé set the records straight with a hat trick,  goals scored at close range two penalties and an incredible 80th minute close connection, a goal that changed the narrative for “Les Bleues” of France and set a different magnitude in the game. 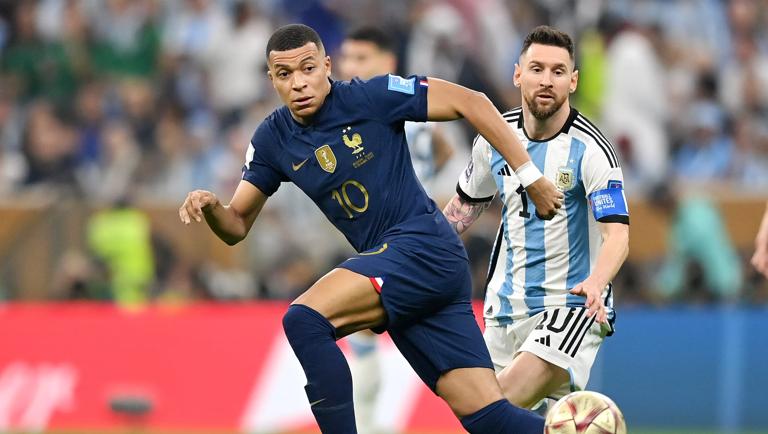 Captain Lionel Messi opened scores at 23 minutes through a penalty and Angel Di María who kick started the final match increased the goal tally to 3 at the 36th minute of play to keep the scores 2-0 at half time. 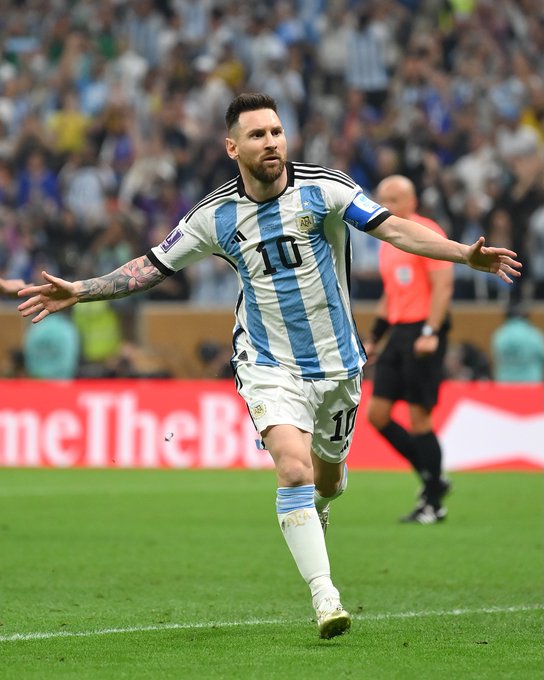 Magical touches between Kingsley Comann and Mbappe produced a foul at the 80th minute time enough for France to open scores through a penalty. As if this was not enough, just within a minute time interval Mbappe level the scores to push the match to extra time.

Eighteen minutes into the thirty minutes of the extra time, Lionel Messi scored a penalty but then Mbappe cancelled the moment with another penalty just few minutes to the end of play time. 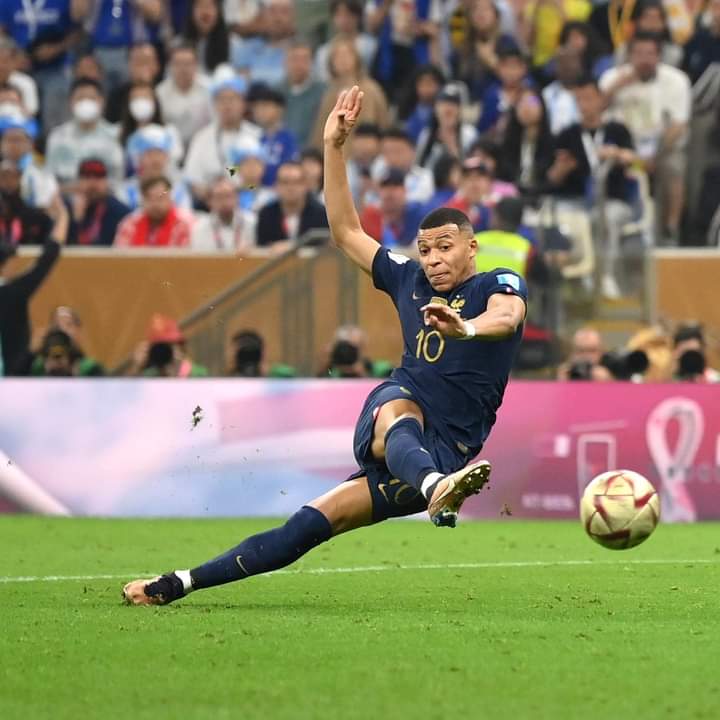 Infact three all at normal time, 4-2 in penalty kicks after Kingsley Comman and Aurelien Tchuaomeni missed their shots and Argentina took the relay to lead the penalty shootouts. Argentina now wins after 26 years out of the scene of the World Cup.The last time the South American team won the World Cup was 1986, when it defeated Germany to win its second title in three tournaments.

Late Diego Maradona led the team to victory and till then has been arguably the greatest player in Argentine history. Lionel Messi now joins the table of the great footballers and champions of the World Cup. Argentina came close but too close to winning twice since its 1986 victory. In 1990 and 2014, Manschaft stopped Argentina from winning the highly coveted trophy.