#FIFAWC2022: Morocco, first African country ever at the Semi’s

#FIFAWC2022: Morocco, first African country ever at the Semi’s

Team Morocco has turned a new page for Africa at the World Cup by sailing through to the semi-finals first time for an African country. The Atlas Lions defeated Cristiano Ronaldo’s Portugal 1-0 at the Al Thumama Stadium this Saturday, December 10, 2022 to set the record straight.

The lone historic goal came at the 42nd minute of play through a close header from Youssef En_Nesyri who continued a good connection from Yahia Attiyat Allah to Diogo Costa’s net. 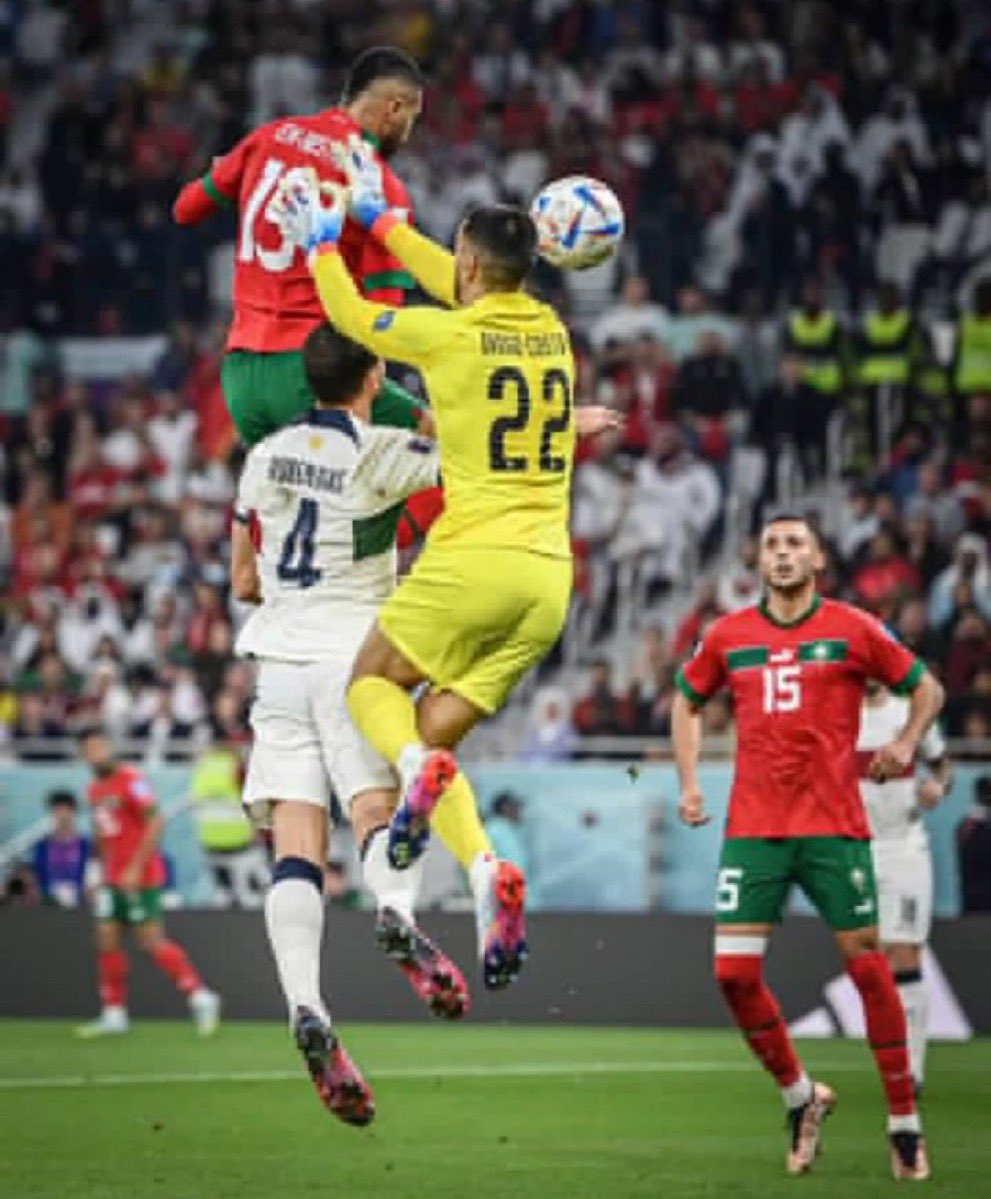 Portugal enjoyed ball possession into the two extra minutes before half time, a period they still failed to create upsets and level scores.U 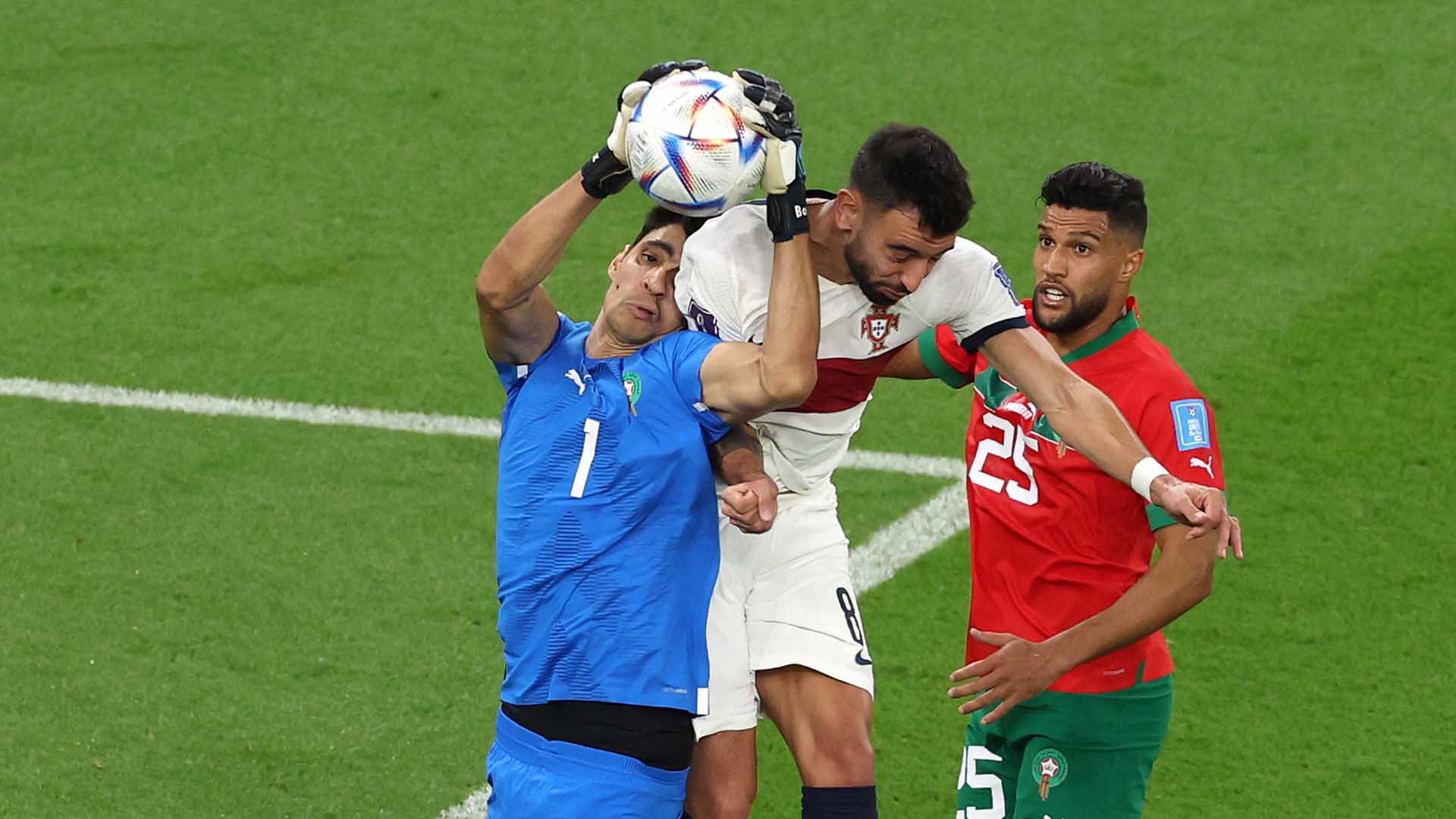 Some minutes after half time, the services of Cristiano Ronaldo and sensational Joao Cancelo, Rafael Leao were put to use. Infact, the game opened for Portugal but then no goal to boast for 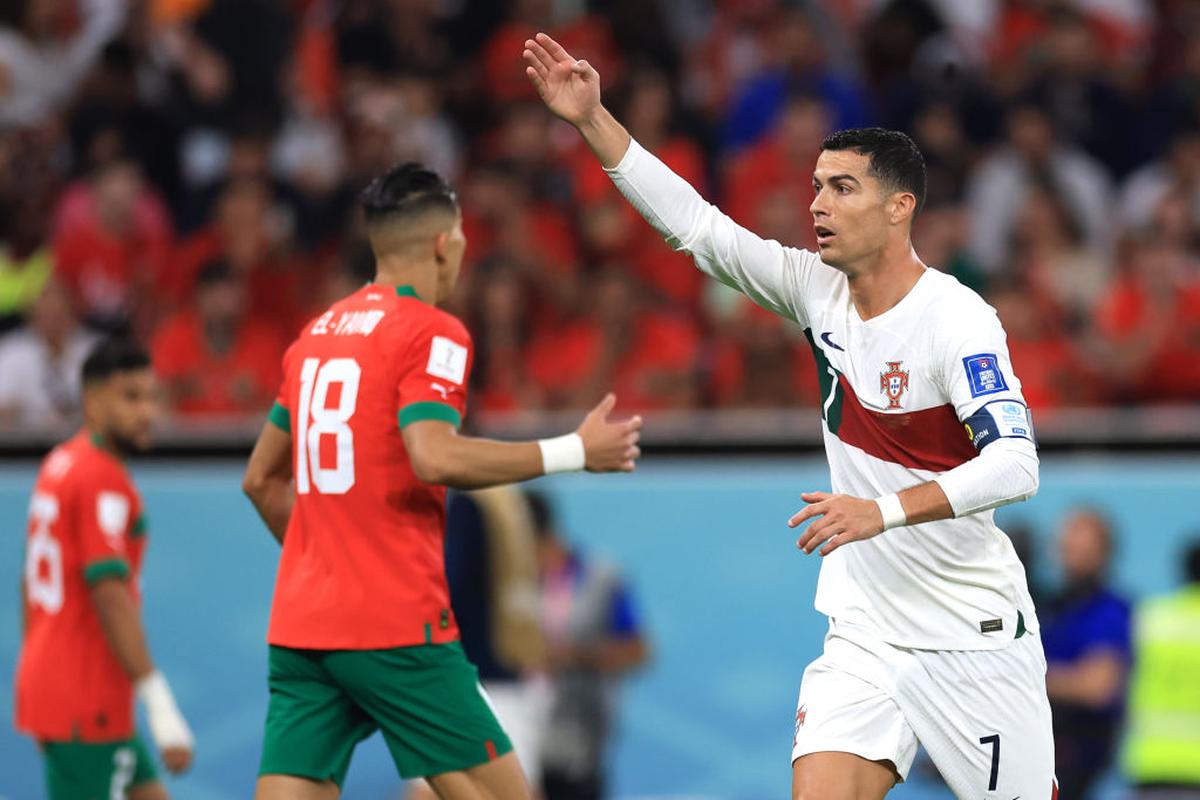 “We watched the game between Morocco and Spain and we knew we needed to be creative and be able to manage good finishes. At the begining we moved the ball around a lot making it difficult for our opponents but then it was not successful at all. We at times gave our opponent a lot of chances to Morocco”, Head Coach of Portugal said during the post match press conference.

Portugal, the favourite is out!

After lashing Switzerland, 6-1 at round of 16, Portugal set the precedence and imposed her status as one of the teams to look up in Qatar. The situation may have been soo until Morocco stopped their run before a full arena this Saturday evening. Infact, Romain Saïss of Morocco and his crew did not make it easy for Cristiano Ronaldo’s team.  Chelsea’s marksman, Hakim Ziyech and attacking midfielder Sofiane Boufal, amongst many others portrayed talent from start to the final whistle

Though Walid Cheddira was dished a red card just minutes into the field of play, Morocco pushed on and on till the end of the fight.

Infact, Walid Regragui and his boys have left traces not only as the lone African team still on the run but the first from the continent to go past the quarter finals. In 1990, Cameroon’s run ended at the quarter finals, in 2002 it was Senegal’s turn and in South Africa in 2010, Ghana’s journey was terminated by Uruguay,  this time around Morocco did not just go the finals, history keeps it that they Atlas Lions defeated favourites, Portugal to sail to the prestigious semi final rounds

Morroco, the team that conceeded just a goal at the World Cup

The Atlas Lions of Morocco marked another History as the only African country after Nigeria at the 1998 World Cup to top a group in the biggest football tournament in the world.

The North Africans played a single draw with Luka Modric’s Croatia to later hold Belgium to a 2-0 defeat in Group F games. The Atlas Lions in day-3 action humbled Canada with a 2-1 score, Nayef Aguerd’s own goal is the only goal conceded by Morocco till this time. Against 2010 winners, Spain at the Quarter finals, Morocco outplayed them on a 3-0 score in penalties  to win a ticket to the quarter finals. As it stands, Morocco will play against Croatia at the semis, just to note that both separated at the group stage on a goalless clash