The President of the world’s football governing body FIFA, Gianni Infantino christened the football pitch at the institution’s headquarters after the funeral of three times World Cup winner, Edson Arantes Do Nascimento “Pele”.

The FIFA boss expressed his admiration for the Brazilian and world football, “Pele”.

Gianni Infantino was was amongst a plethora of leading football figures attending the ceremony to pay tributes to Pele in the city of Santos.

During the event, he posed for a selfie with some of Pele’s former teammates.

The picture triggered reactions with FIFA president Gianni Infantino stating that he was dismayed by the criticisms via a post on Instagram.

“I am dismayed after having been informed that I am apparently being criticised by some people for having taken a selfie and pictures at the ceremony yesterday.” Infantino wrote on Instagram.

“I would like to clarify that I was both honoured and humbled that teammates and family members of the great Pelé asked me if I could take a few photos with them. And obviously, I immediately agreed.”

“In the case of the selfie, Pelé’s teammates asked to do a selfie of all of us together but they didn’t know how to do it. So, to be helpful, I took the phone of one of them and took a photo of all of us for him” Infantino detailed before adding, 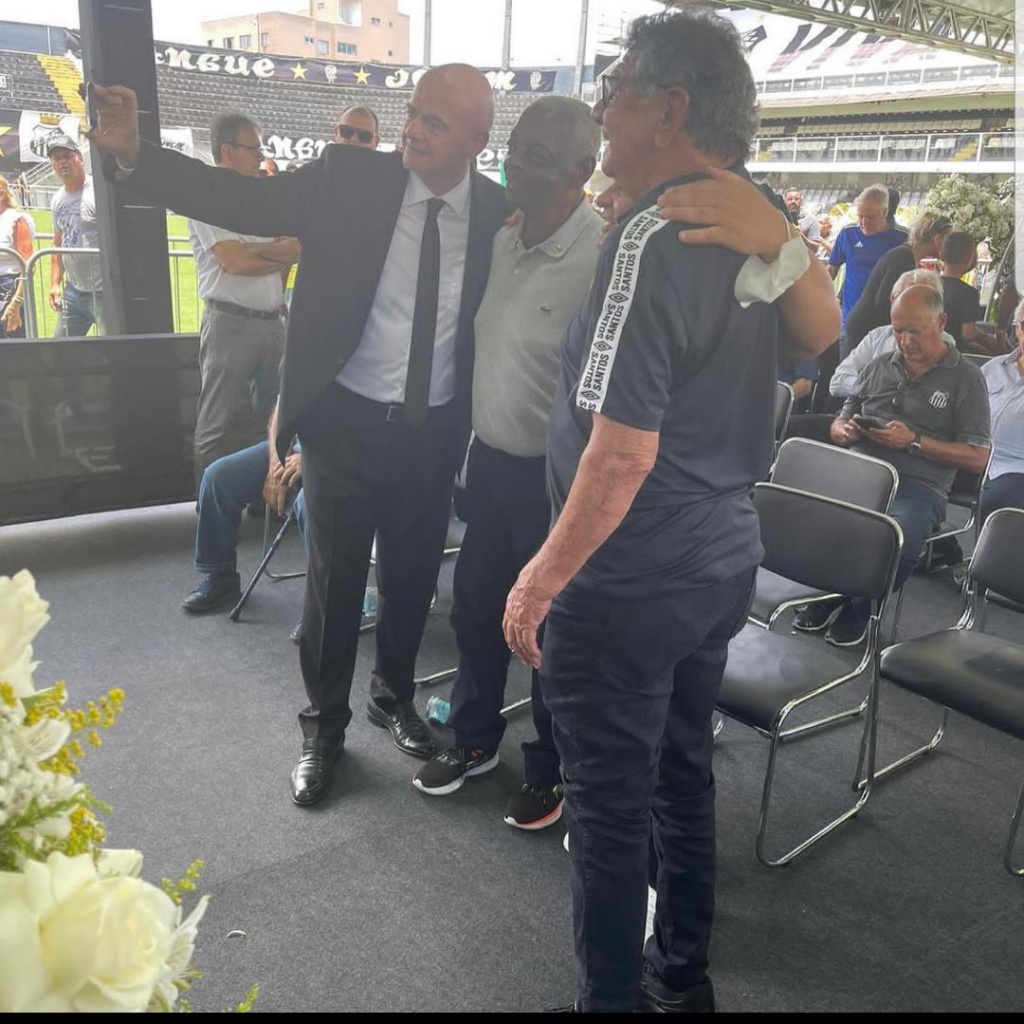 “If being helpful to a teammate of Pelé creates criticism I’m happy to take it and will continue to be helpful wherever I can to those having contributed to write legendary pages of football.”

“I have so much respect and admiration for Pele and for that ceremony yesterday that I would never do anything that would be disrespectful in any way whatsoever.”

Gianni Infantino on Monday Monday January 2 2023 urged FIFA member associations to name a stadium in their respective countries after Pele.