Pirates Board Product Tanker off Cameroon

Pirates Board Product Tanker off Cameroon 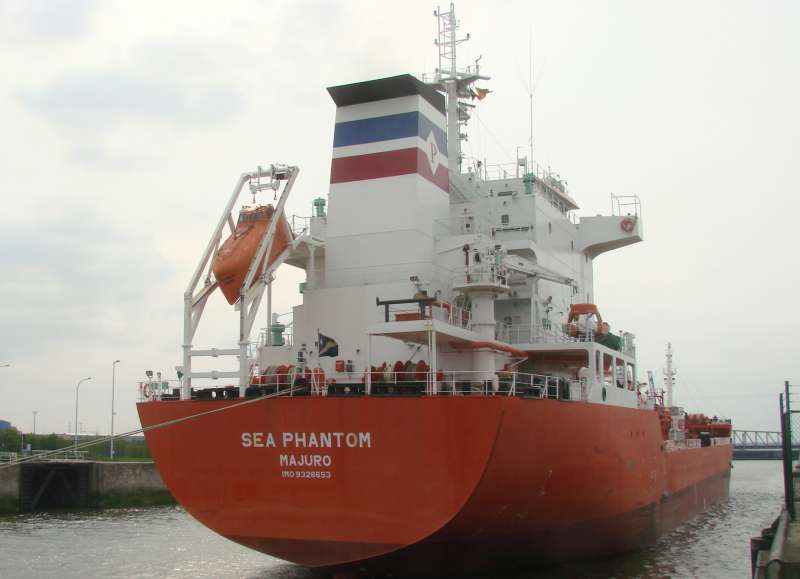 The Maritime Executive | On Saturday night, the product tanker Sea Phantom was boarded by pirates about 115 nm off the coast of Cameroon in the Gulf of Guinea.

According to Dryad Global, the tanker was making about 13 knots on an easterly course, then took evasive maneuvers.

At least eight pirates fled when the helicopter arrived. Fortunately, the crew was found uninjured in the tanker’s citadel. The vessel arrived safely at Malabo, Equatorial Guinea on February 7.

“The key to disrupting this piracy attack was a combined response by two navies and the presence of a helicopter. The helicopter probably caused the pirates to flee before they could break into the Sea Phantom’s citadel,” said Captain Sylvestre Fonkuah, Cameroon Navy, ECCAS Zone D Commander.

It is the ninth incident in West African waters so far this year, Dryad reported. 2021 has started off with sevderal serious attacks, including a rare fatality during a kidnapping incident aboard the Turkish-operated container ship Mozart late last month.

Attacks instigated by Nigerian pirate groups account for the overwhelming majority of serious piracy incidents worldwide. All hijackings and 95 percent of all maritime kidnappings recorded last year occurred in the Gulf of Guinea, affecting 130 crewmembers in 22 separate attacks. One record-setting kidnapping occurred almost 200 nautical miles from land, and the average kidnapping occurred within about 60 nm offshore, according to IMB, illustrating the range and capability of Niger River Delta pirate action groups.

About 80 percent of the attackers were equipped with firearms, according to IMB. Nine out of the 11 incidents worldwide in which vessels came under fire occurred in this region.

“The latest statistics confirm the increased capabilities of pirates in the Gulf of Guinea with more and more attacks taking place further from the coast . . . Despite prompt action by navies in the region, there remains an urgent need to address this crime, which continues to have a direct impact on the safety and security of innocent seafarers,” said Michael Howlett, Director of the ICC International Maritime Bureau.

Following pressure from European shipowners, the European Council recently voted to establish its first ever “Coordinated Maritime Presences (CMP)” in the Gulf of Guinea, setting up a mechanism to “increase the EU’s capacity as a reliable partner and maritime security provider, offering greater European operational engagement, ensuring a permanent maritime presence and outreach in Maritime Areas of Interest.” A small number of European member states have already deployed their own naval assets to the region, resulting in several successful piracy deterrence and interdiction operations.