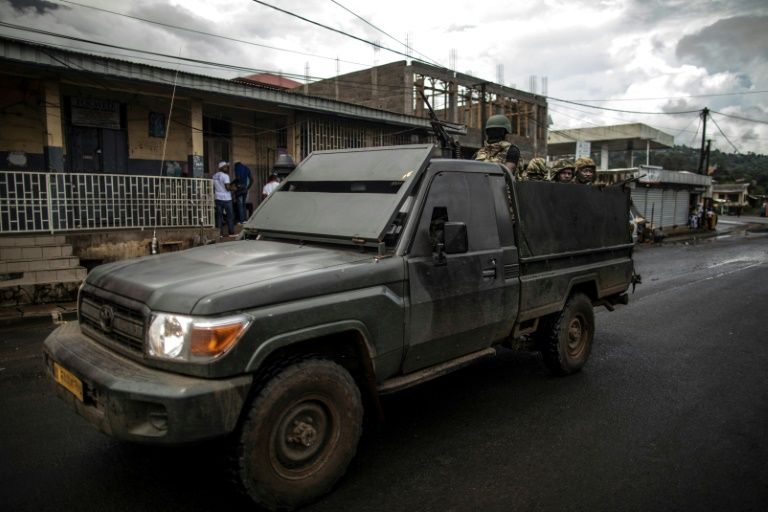 YAOUNDE VOA | Rights groups in Cameroon doubt the military’s claim it will properly investigate the latest alleged massacre of civilians by its troops.? Activists and witnesses say the military killed 10 villagers Sunday, including women and children, while attempting to fight separatists.? Cameroon’s military denies it was responsible, a line that has been questioned in past cases.

“Cameroon military invaded the village of Mautu,” he said, speaking via a messaging application from the coastal town of Limbe. “They were shooting indiscriminately. United Nations, African Union, they are killing our people in cold blood. They invaded Mautu, they invaded our villages, killed our young guys. These are civilians. The world should see.”

In a press release, a military spokesman accused Anglophone rebels of a massacre and trying to blame the military.

The statement by Army Captain Cyrille Serge Atonfack Guemo said troops surprised a group of armed men in the village, killing some, while others fled.

It gave no casualty figures and said a military investigation was ordered to uncover every detail.

But Cameroon activists poured doubt on the military conducting a proper investigation of yet another alleged massacre by its own troops.

Felix Agbor Balla is a human rights lawyer and founder of the Center for Human Rights and Democracy in Africa.

“There is a need for a fact-finding mission, a commission of inquiry to ascertain whether all the victims were civilians and if there were civilians who were not taking any active part in hostility in the conflict, then the military is supposed to be held accountable for the indiscriminate shooting and killing of civilians,” he said.

In December, three Cameroon soldiers were charged with killing villagers, including women and children, while fighting rebels last year in the northwestern village of Ngarr-buh.

Human Rights Watch says troops were responsible for the deaths of 21 civilians, including 13 children and a pregnant woman.

Separately, seven troops are on military trial in Yaoundé for the killing of two women and two children.

Cameroon’s government and military initially dismissed all the allegations of troops killing civilians as efforts to tarnish their image.

But, under international pressure and from rights groups, authorities later prosecuted the troops.

Anglophone rebels have been fighting since 2017 to form an English-speaking state within the French-speaking-majority country.

Rights groups say both the military and rebels have committed atrocities during the conflict, which the U.N. says have left over 3,000 people dead and more than half-a-million displaced.