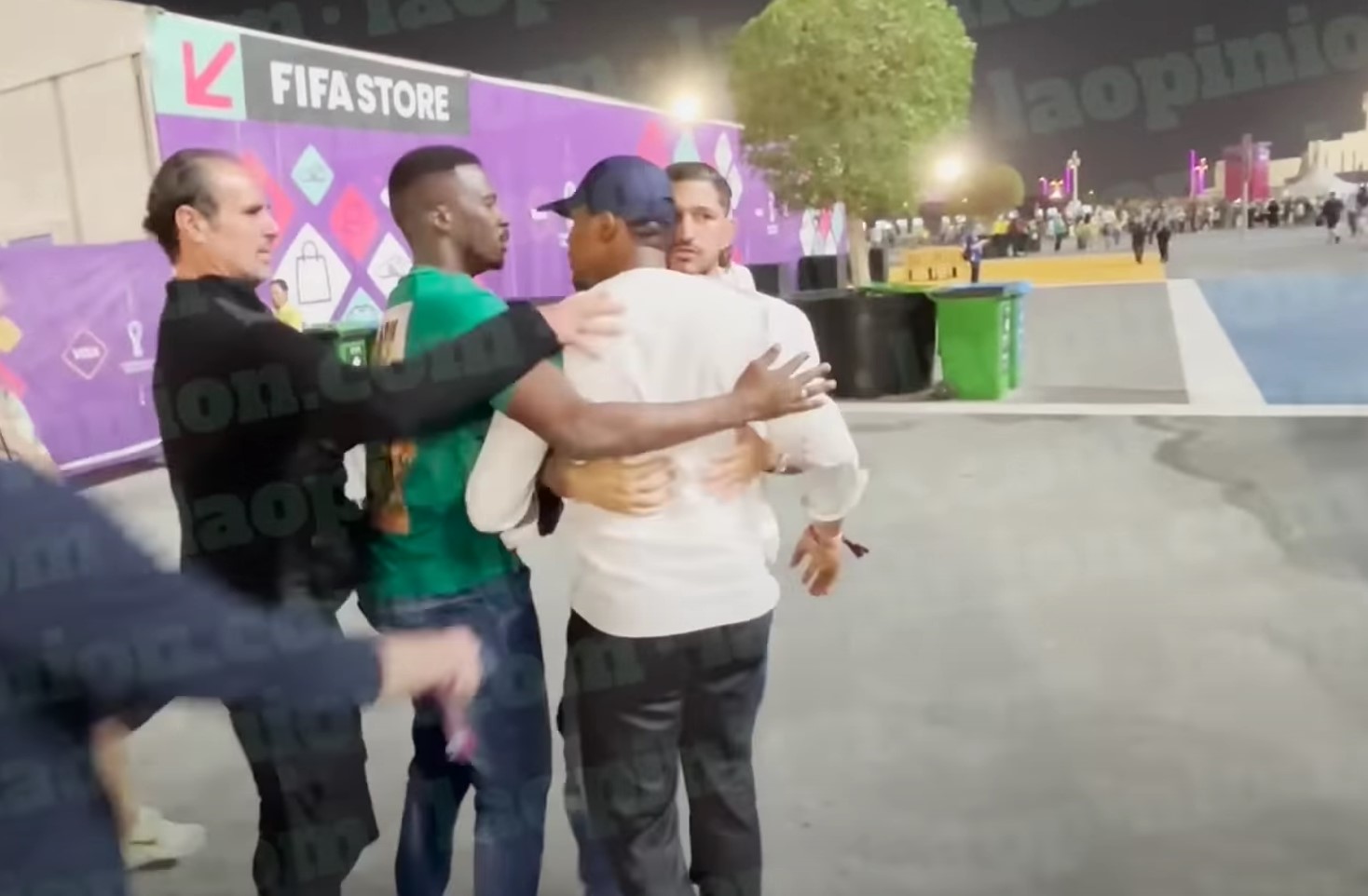 Shocking footage has emerged online of football legend and current Cameroon FA president Samuel Eto’o attacking a man outside a stadium at the World Cup in Qatar.

The incredible clip shows the former Barcelona, Inter Milan and Chelsea striker leaving Stadium 974 in Doha, having just watched Brazil romp to victory against South Korea in their round-of-16 match.

At first, Eto’o appears happy to pose for photos with waiting fans as he makes his way out of the venue, before a man with a video camera approaches him to his right.

The footage, filmed by La Opinion, then seemingly shows the pair exchanging words, before the video cuts to a few seconds later, and Eto’o returning to the scene to confront the man.

It is unclear what was said to rile Eto’o – who is in Qatar in his role as World Cup 2022 legacy ambassador – but he reacts furiously and begins to push the cameraman.