by CamerounActu
in Société, Sport
0 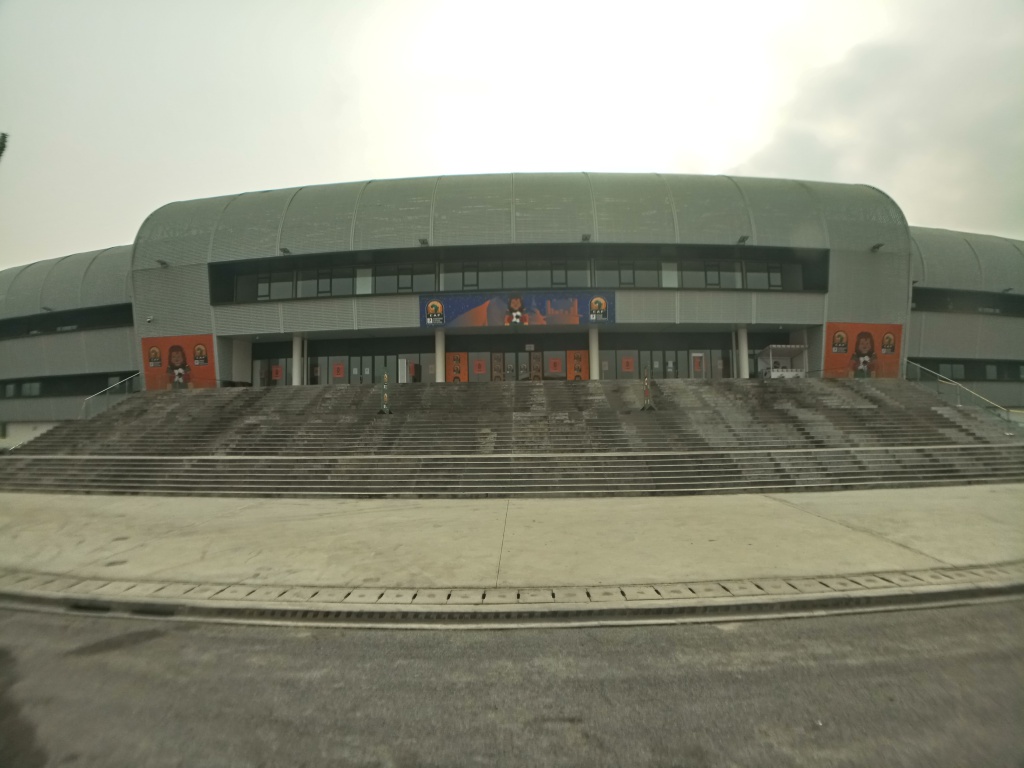 There is much excitement among football fans in Douala about the “new-look” of the Reunification Stadium – Bepanda Omnisport – Douala.

The bare concrete stands from 1972 have been transformed into a 50-thousand seat arena, and the 50-year old edifice has become not only a football temple but a tourism destination.

The array of seats in well-defined columns and rows presents a multi-colour display running 360-degrees of the inner-bowl, providing the right focus on the pitch below.

The greenness of the turf maintains the right background for the view, while the lines and colours on the race track highlight the contrast that embellishes spectacles. That is Bepanda Omnisport on-the-pitch.

Yet, away from the view of football fans, the splendour and abundance of the Reunification stadium overflows onto the outside – Bepanda Omnisport off-the-pitch. This is a section of the outer-bowl of the stadium comprising a huge three-storey building.

The ground-floor is the technical control area for all operations relating to sound, images, and energy at the stadium. Huge electric generators hum incessantly around the yard, powering various systems linked by intricate electronic networks and controlled from hubs via monitors and consoles.

The upper floors of the building are reserved for the various work-posts.

Many toilets are found on every floor with winding staircases and lifts that link the floors. Every space in the building is fully air-conditioned, well-lit, and tidy. Adjacent to the stadium is the 4-thousand seat annex stadium, grounds reserved for training during major tournaments.
From a common pebble the Reunification Stadium Douala has been cut into a pearl, indeed.

And, as venue of the Total CHAN Cameroon 2020, this jewel is a place for the game and a stage for honour.