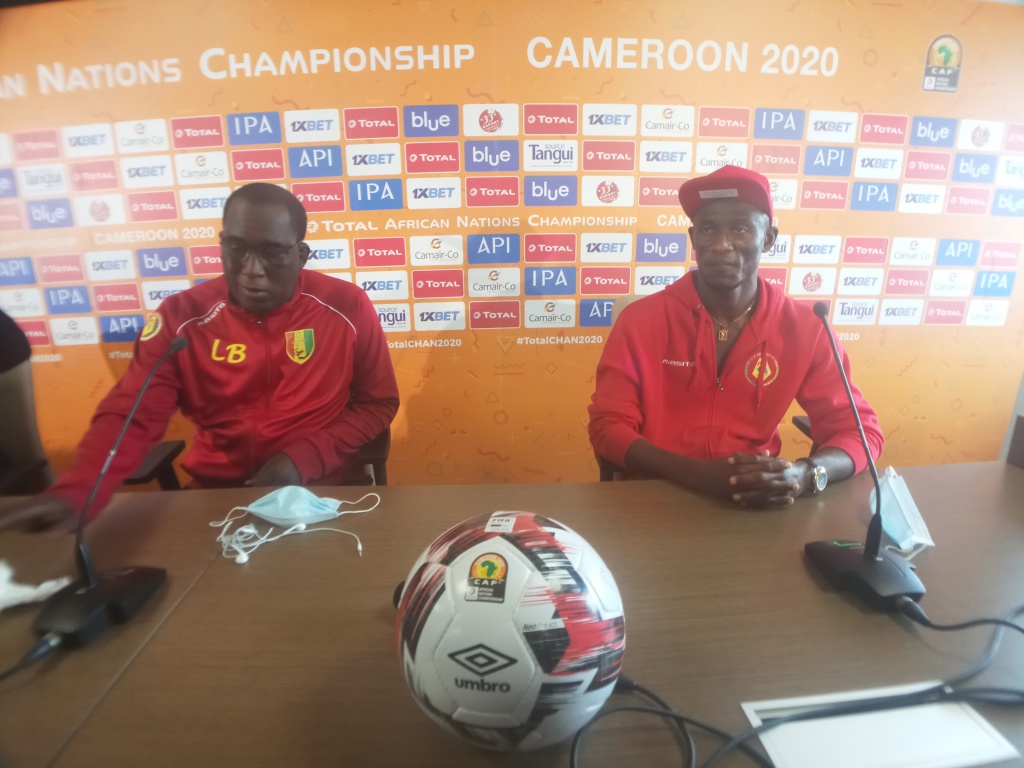 The intermediate Indomitable Lions of Cameroon square it out with the Syli National of Guinea on Saturday February 6, 2021 at the Douala Reunification Stadium, each of them gunning for the third place in the sixth edition of the African Nations Championship.

Facing the press in a pre match press conference, Cameroon’s Head Coach, Martin Ndtoungou Mpile allayed rumours of a turbulent den and reassured that his squad is serene and poised for the bronze medal.

The Cameroonian football technician observed that with due respect for his opponent, Guinea is largely within reach.
But, to get there he opined that his boys would need to be psychologically strong to overcome their semi finals feat against Morocco.

As to why he has not lined up Jacques Zoua since his last game in the opening encounter, Mpile clarified that the lead striker is victim of an injury and is gradually picking up and might feature against Guinea only with the consent of the team medic as the coach recognizes the potential of the youngster groomed by Cotonsport of Garoua.

The intermediate Indomitable Lion’s trainer did not cuddle with some press opinion which fails to see the commendable performance of a hurriedly tailored squad within a Cameroonian football context which stifles the game.

“These boys merit encouragement and not irrelevant criticism,” Mpile lashed out.

Martin Ndtoungou Mpile’s opposite number, Mohammed Kanfory Bangoura sounded confident that captain Nabil Camara and mates ousted at the semi finals by Mali after post match penalties are determined to grab bronze as compensation for their splendid show in the tournament.
Bangoura tips his side favourite as per their performance this far with Yakhouba Barry scorer of three goals in five games, Morlaye Sylla and Victor Kantasad nodder of two all in top form.

The Guinean coach flashes back at his two goals to one victory over Cameroon in an international friendly in 2018 as a motivation as both sides eye bronze when they clash in the CHAN semis at the Douala Reunification Stadium in the absence of Cameroonian striker scorer of one goal, Yannick Ndjeng expelled from the squad due to misconduct.