U20 Afcon: Ghana upset Cameroon on penalties to make semi-finals

U20 Afcon: Ghana upset Cameroon on penalties to make semi-finals 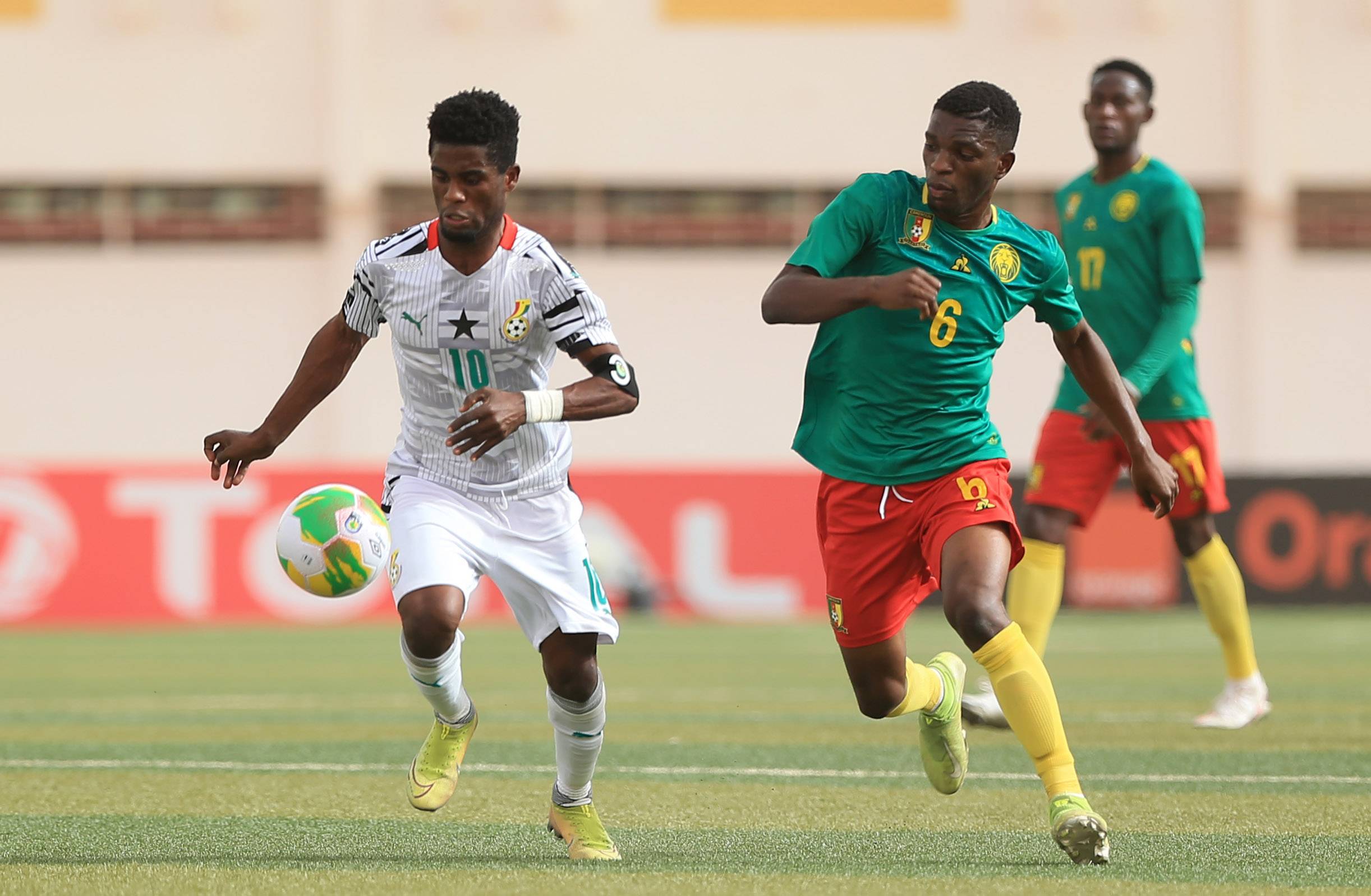 Ghana are through to the semi-finals of the ongoing Africa U20 Cup of Nations in Mauritania following a 4-2 penalty win over Cameroon on Thursday.

With the score at 1-1 after extra-time, the game headed into a shoot-out where the Black Satellites reigned supreme.

After 90 minutes, Frank Boateng scored to cancel out a Kevin-Prince Milla opener for Cameroon at Stade Olympique in Nouakchott.

Abdul Karim Zito’s men head into the last four where a date with the winners of the clash between Gambia and the Central African Republic awaits on Monday.

Ghana came into the game on the back of a loss to Gambia in their last group game which left them third on the table.

Cameroon, on the other hand, finished top of Group A with a 100 per cent record after wins against Uganda, Mauritania and Mozambique.

Ghana coach Zito made three changes to his starting team for the game, replacing centre back Nathaniel Adjei with Alhassan Uzair.

Schalke 04 attacker Joselpho Barnes and Ofori McCarthy were replaced by Mathew Anim Cudjoe and captain Afriyie Barnieh Afriyie, who lost his starting place since the beginning of the tournament.

After a barren 90 minutes, Cameroon broke the deadlock in the 13th minute of extra-time as Milla headed in beyond Ghana goalkeeper Danlad Ibrahim following an Etienne Eto’o corner.

Ghana did not waste time in responding, substitute Frank Boateng beat goalkeeper Junior Hercube Wilson with a cool effort after Afriyie nodded the ball onto his path.

Without any further goals, the game headed straight into penalties where Ghana ultimately emerged victorious.

In the shoot-out, captain Afriyie, Frank Assinki, Ivan Anokye Mensah and Percious Boah expertly converted for the Satellites while Goni Ali and Milla missed their kicks for Cameroon to let the opposition through.

The Satellites started the tournament on a positive note, handing Tanzania a 4-0 thrashing. Their matchday two fixture with Morocco ended in a 0-0 draw, before falling 2-1 against the Gambia on matchday three.

The dynamics of the results left the Black Satellites third on the standings behind group winners Morocco and second-placed Gambia.

With the best two third-placed sides among the three groups qualifying for the quarter-final due to the three-group nature of the tournament, Zito’s charges barely slipped through to the last eight.