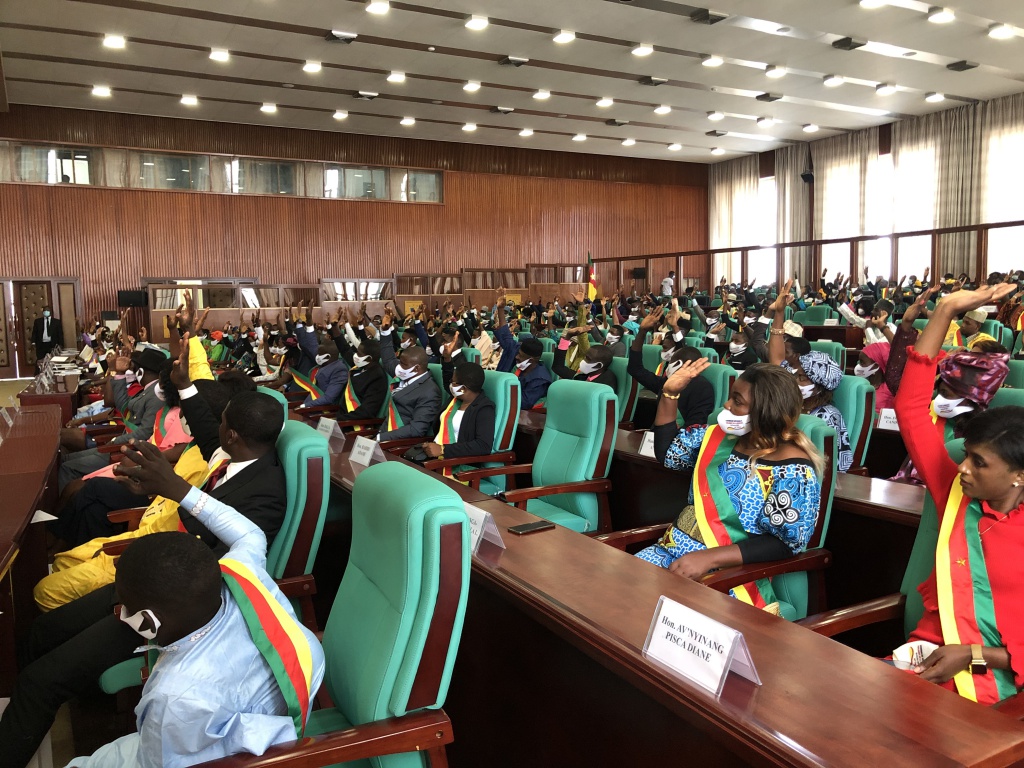 One hundred and eighty youth parliamentarians selected from all the fifty eight Divisions of the ten regions of Cameroon are meeting in Yaoundé to discuss and highlight issues concerning the growth of the Cameroonian young people.

Activities of the fourth edition of the youth parliament were launched on February 8, 2021 to last till February 11, the day of the National Youth Day celebrations.

The theme this year’s edition is “Youth, voluntary commitment for the promotion of peace and sustainable development.”

During the different working sessions chaired by Minister of Youth and Civic Education, Mounouna Foutsou he called on the youths to be more industrious and work more on income generating activities.

He also called on the young parliamentarians to seek ways to develop civic and responsible behaviors amongst their peers as well as help them understand the basic functioning of parliamentary institutions.

The 2021 Youth Parliament session is to offer to the youths the opportunity to corrective measure for the participation in the socio-political life and to the nation’s development in the specific domain of entrepreneurship and the opportunities thereof.

Following the current situation of the country with the restive North West and South West regions, the young parliamentary population debated ways to meaningful peace and development to the country.

They were all agreed that the ongoing sociopolitical crisis in the North West and South West regions has caused both economic and political instability.

Members of the government will face the one hundred and eighty junior parliamentarians during a plenary session this 9 February, for an oral questions and answer session led by Cavaye Yeguie Djibril, president of the National Assembly.

This exchange platform allows these budding parliamentarians to address their concerns to members of government in various fields such as education, health, economics or politics.

It is also an opportunity for the public authorities to raise awareness and train these young people to better prepare for their future.